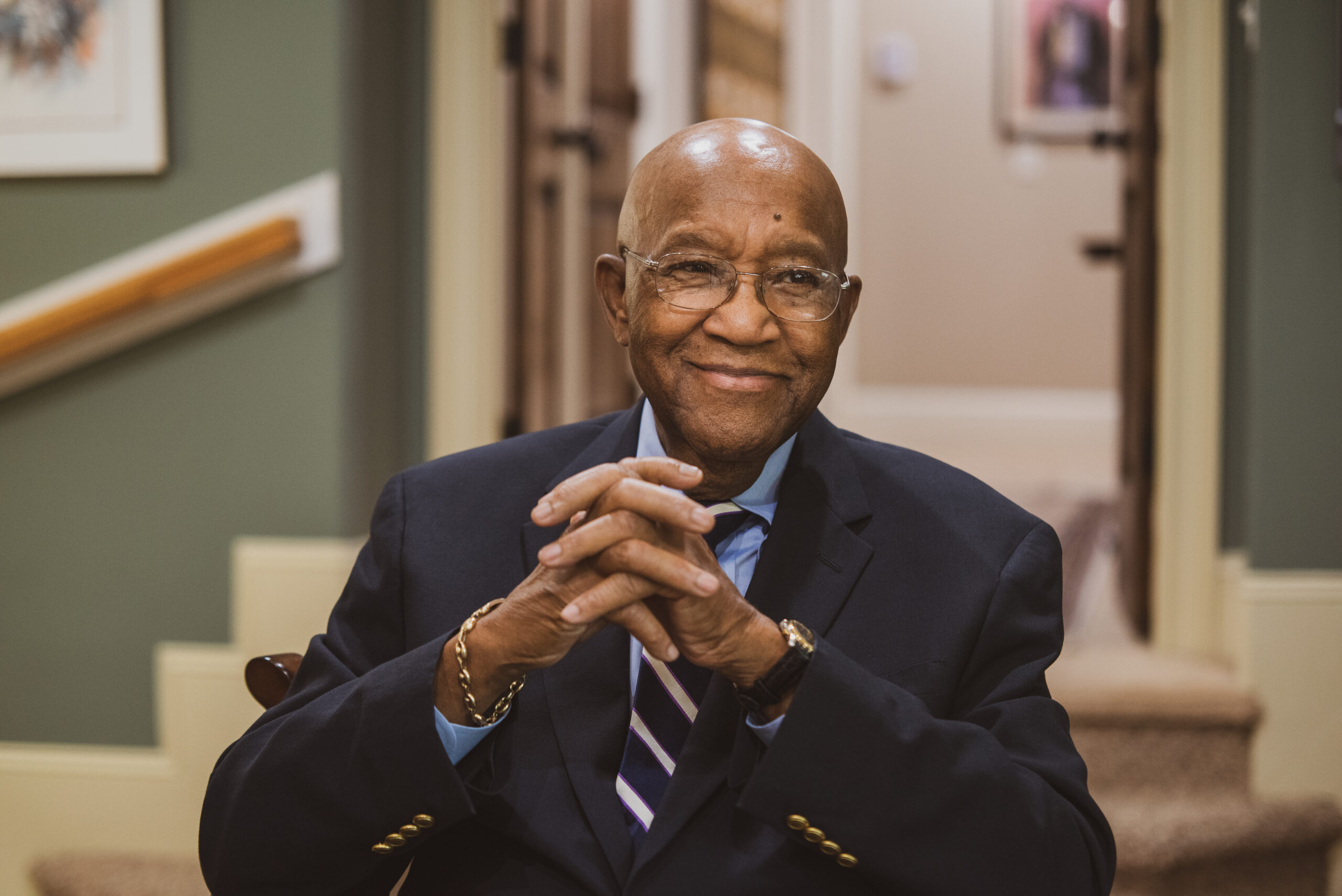 When the pandemic of 2020 was announced, many of our lives came to a full jump-stop. So much so that it allowed us time to revisit stories of yesterday, meanwhile providing opportunities at merging the relationships of today. In making full use of this new-found window of time, the pause give me a moment to pivot in memory to an unguarded interview with the late Congressman John Lewis. It was in that conversation that I’d be indirectly introduced to Mr. Robert “Bob” Brown. Attending the interview with me was my good friend and former Spring Lake, North Carolina Mayor Chris Rey. Post our interview with Congressman Lewis, I vividly recall him asking, “J.J., where are you from?” I said, “I’m from a small town called High Point, North Carolina.” He pauses and says, “High Point, I have a good friend from there. His name is Robert Brown, but we call him Bob.” Congressman Lewis proceeded to share important facts about Mr. Brown’s legacy that were related to his humanitarian efforts, and those of the Civil Rights Movement. In legendary John Lewis fashion he gave Chris and I a transparent history lesson and he was on his way.

On my drive back to Baltimore from Washington D.C. I kept replaying the Bob Brown part of the conversation. The next day called my dad back in High Point to ask if he’d heard of Bob Brown. Unbeknownst to me, my dad had a full tablet of mental notes about Mr. Brown’s investments in his life, and the lives of his friends. In the early 1960’s my grandfather left my grandmother with a host of children to raise alone. It was also around the time that Mr. Brown relocated back to High Point from New York City to start his public relations firm. It’s well noting in his book, “You Can’t Go Wrong Doing Right” he’s been credited for putting out many of the public relations fires during the civil-rights era. My dad shared that the strength of Mr. Brown’s company was built on his ability to navigate the murky waters of segregation and racism.

In the world of journalism, many of us find ourselves hanging onto every word of an interview in order to tell the most compelling stories. Some would go as far to say that we miss details because a number of us are in awe of the subject vs the subject matter that we should be covering. In listening to Congressman Lewis, I knew that I couldn’t afford to get tangled up in emotion. However, the debrief with my dad didn’t help that part of my cause. See what Mr. Brown didn’t know was that he’d given my dad his first job. It would be one that would prove to be a life sustaining opportunity for my dad, grandmother, and his siblings.

Fast forward eighteen months beyond the time that I’d sat down with Congressman Lewis, and it was my turn to meet Bob Brown. Ironically the way that I met him happened in the same fashion that I’d met Congressman Lewis. One day I’m sitting at my desk and an idea popped into my head. I picked up the phone to call my god sister Shelly who’s like an idea Rockstar. As always when she answered we exchanged our typical brother and sister banter greeting and jumped right into our usual life updates. She proceeds to share with me the need to capture the legacy of our civil-rights icons on film. Primarily because she knew that as of late that I’d been working with a number of civil-rights legends. I stopped her mid-sentence and asked, “who are you looking to work with Shelly?” She says, “Bob Brown.” After she said his name it was like listening to Charlie Brown’s teacher and I heard absolutely nothing clearly for about five whole minutes.

During the days following my conversation with Shelly, my preparation involved getting as much authentic background information on Mr. Brown that I possibly could. After nearly a month of research and conversations with my dad, I took a trip back to my hometown to meet with Bob. When I arrived at his office for the initial icebreaker, I was amazed at the history that his office had held in what seemed to be a time capsule. There were photos with he and Dr. Martin Luther King Jr., Sami Davis Jr., Nelson Mandela, and a number of other international world leaders. I’d always known about the legacy of Bob’s time working as the aid to President Nixon, but I’d never knew the depth of his gifts beyond his millionaire status.

Shortly after my office tour, I was ushered into Mr. Brown’s meeting area where it had the feel of history. While seated in walks a man with a high dollar cigar in his mouth. It was the mythical legend himself. I stood up and we shook hands and exchanged greetings. The moment reminded me of watching my dad meet new people. I learned at an early age that my Pops has a formula. It was simply to be yourself and to establish common ground with. It’s a formula that was taught to him by men like Bob Brown.

Over the course of my career I’ve also learned that people of wealth don’t have much time, and many of them like to share their knowledge if they feel that you’re genuine in your motives. Mr. Brown is a very intuitive man. In his book he speaks about a calling, and how that calling lead him to his life’s purpose. Becoming the first African-American millionaire from High Point, North Carolina was less about status, and more about purpose. At eighty-five years young Bob Brown continues to be a canvas for economic influence for people of color, and for those that sit across the aisle welcoming opportunities that have yet to be uncovered.

Some sixty years later, and countless world leader conversations later. I am the recipient of the impact of the “Brown Why”. Who knew that the day that my father stood next to the man that owned a struggling start up business, that his son would one day be responsible for helping reintroduce that said man to a generation that may not know his name and good deeds. It’s because of men like Bob Brown who wrote the original bill for the federal funding/support for Historically Black Colleges and Universities, that African-Americans students would be provided with the ability to receive a top-notch education.

In summation, when world leaders begin to echo the words of your grandmother, you’ve become the somebody that she knew that you were born to be…

Year of the Black Entrepreneur

Leading in her hometown: A Conversation with Knightdale Mayor Jessica Day

The Heart of an Educator